The purpose of this article is to put a bit of information on Wales and gaming out there, something that has gone largely undocumented in the gaming media. Let’s start with a little background information on my homeland. For those of you that don’t know about Wales: first, for shame; second, it’s a country in the UK that has three major cities: Cardiff (the capital), Swansea and Newport. Wales has its own language, its own culture and its own politics; it’s not just an off-shoot of England as many assume. Our beaches and coastlines are among the most beautiful in the world, and our mountains and valleys are pretty swanky, too. Also, you see the featured image above this paragraph? It’s the Welsh flag. That’s right, a bloody dragon. Let’s see you top that one, England.

It’s no secret that the Welsh are the most underrepresented of the major ‘Celtic’ nations. If you were to tell a Yank that you’re Welsh, the typical reaction would one of unknowingness, despite a respectable knowledge about the Irish, Scottish and English. I did a TEFL course in Prague with a bunch of Americans a couple of years ago. “Wales? Is that in England?,” asked most of them. Years ago, this underrepresentation was abundant in the gaming industry, when even the tiniest mention of Wales was about as rare as a new Nintendo IP. (Sorry, Splatoon.) There have, however, been some significant surprises as of late. Is Wales finally starting to get embraced by the gaming industry?

The first significant inclusion of Welsh-inspired characters in games can pretty much be linked to the abandonment of the RPG as an exclusively Japanese-developed genre. Western and European RPG series such as Fable and The Witcher (which are based in fictional quasi-Medieval locations) draw heavily from ‘Celtic’ history, mythos and culture. Both series have a plethora of NPCs brought to life by Welsh voice actors, authenticating that ‘Celtic’ vibe. It’s not just NPCs though, Merrill – one of the major companion characters in Bioware’s Dragon Age 2 – was voiced by Eve Miles, a Welsh actress (Torchwood, Frankie). Renowned Japanese developer From Software is known to include some Welsh accents in their Souls series too, and more recently, in Bloodborne. For example, merchant Domhnall of Zena from Dark Souls has a Welsh accent; even better, he greets your character in the Welsh language with a jolly shwmae (which roughly translates to howdy.) This might just imply that our friends in the East are taking note of the successes garnered by Western RPG developers. 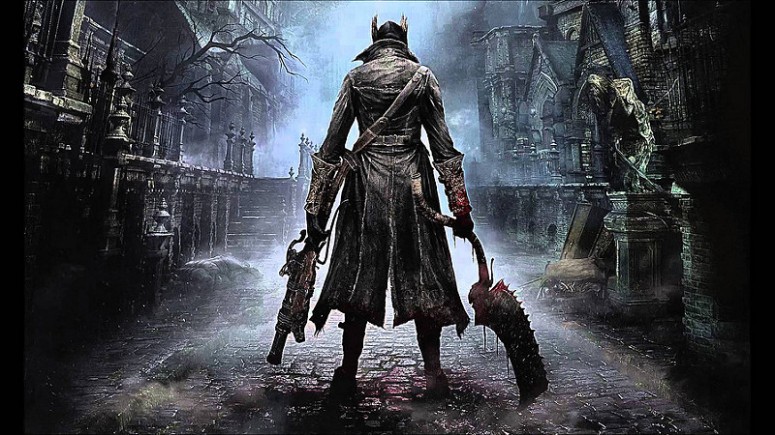 Industry icons Rockstar have a tendency to include Wales in their games as a comedic device, particularly in the fictional radio stations in the Grand Theft Auto series. Vice City’s VCPR station features a caller that hilariously claims that Wales is the sole reason Vice City is so crime-ridden and degenerate. There’s also humorous – or creasing, as us Welsh would say – reference on the Chakra Attack station in Grand Theft Auto V, in which the host recalls a hazy ‘spiritual’ trip to a place he assumed was Tibet. But the place he actually explains in his ‘confusion’ is Wales; rugby is mentioned, along with cheese on toast (Welsh rarebit), male voice choirs and the fact that everybody’s named Jones/Davies. All these things are staples of Wales; it’s an absolutely hilarious snippet of dialogue that embodies the bombastically satirical nature of GTA. These radio references were undoubtedly included by Lazlow Jones, a Welsh-American writer who was heavily involved in writing, producing and voicing many of the radio stations across the series. There was even a brief Welsh cameo in Rockstar San Diego’s Western epic Red Dead Redemption, whereby the appropriately named character “Welsh” comically murmurs “Who do you think you are, boyo?,” before being shot dead by the game’s protagonist. It’s refreshing to hear the Welsh accent relayed in such high-profile games, even if it’s *ahem* short-lived on the most part.

A few years ago then, it was apparent that Wales had subtly embedded itself in the industry. Yet, I was losing faith that Wales and the Welsh would ever be significantly represented in the industry. Spanning from this, my ears were totally unprepared for what they were exposed to in 2013 when I first played the critically acclaimed Japanese RPG Ni No Kuni, a PS3 game developed by Level-5 Studios in collaboration with revered storytellers Studio Ghibli. This spectacular RPG is about as Japanese as a Japanese RPG gets, tropes an’ all. What immediately struck me, though, was the English (language) voice acting of the main character’s mentor, Mr Drippy. Mr Drippy was voiced in an undeniably Swansea accent, complete with all the little colloquialisms: boyo, mun, youer; it’s great! His persona was one of the crowning moments of the game for most too. Must be that whimsical Welsh charm, eh? With Ni No Kuni 2 on the horizon, one can only hope for another shot of well-done Welsh whimsy.

After Ni No Kuni, I really couldn’t fathom hearing the Welsh accent from such a central character in a game anytime soon. Boy, was I wrong! Assassin’s Creed IV: Black Flag’s development was shaped by some of the failings of the overly ambitious Assassin’s Creed III. One of these failings was the lack of player attachment to the game’s main character, Connor. In Black Flag, it was a conscious effort of the developers to introduce a likeable protagonist. This character came in the form of Edward Kenway, a privateer-turned-pirate in the West Indies, born and bred in Swansea. Edward doesn’t only have a Welsh accent –  he’s Welsh through and through. He overtly flaunts his Welsh pride, often getting riled at other characters he encounters in the Caribbean who mistake him for an Englishman (it’s the most blood-boiling thing when that happens, trust me.) It’s bloody brilliant; millions of people around the globe have heard and embraced the character of Edward Kenway, which hopefully spells good news for the future of Welsh representation in gaming. We’ll see.

As far as Welsh locations in video games go, the pickings are pretty slim; yet, there are a few nifty inclusions. Insomniac’s post-apocalyptic first-person shooter series, Resistance, had some interesting picks. In Resistance: Fall of Man, military survivors of the Chimera attack fall back to a military base in Cardiff, the Welsh capital. Not only that: the Welsh coast enabled British forces to regroup with USA forces too, which is pivotal to the narrative of the game. Likewise, there is a neat little multiplayer map in Resistance 3 called Seaside. As stated by the developers, Seaside is set in a fictional Welsh coastal town; it’s peppered with Welsh signage, complete with a rural backdrop and a traditional Welsh pub! Interestingly, the map acts as one of the few portrayals of a post-apocalyptic Welsh landscape in any media too – gaming or otherwise. Speaking of Welsh representation in the third iterations of Sony first-party franchises (try saying that after a few beers…), Naughty Dog‘s Uncharted 3 has a pinch of Welshness: there are a few cheeky London Underground posters that advertise Wales as a holiday destination. I wonder which member of the team snuck that one in. They must be in cahoots with Cardiff Airport, the sneaky devils…

In a less impressive vein, Koudelka, a largely overlooked PS1 JRPG, took place in seaside town Aberystwyth (ah-bur-ist-with); not to mention, the game’s title character is from Welsh village Abergynolwyn (ah-bur-gin–ol-win). However, the game’s location bears no geographical resemblance to Aberystwyth, and Koudelka wasn’t even voiced in a Welsh accent. How disappointing! There’s also a heartening nod to Wales in Sucker Punch’s Sly Cooper, in an area called ‘the Welsh Triangle’. There isn’t anything obviously or architecturally Welsh about this location, but – in line with real Welsh climate – it’s always raining!

So at this point you might be thinking, are there any Welsh developers then? Well, admittedly there’s very little out there in terms of Welsh video game creators – except the aptly named Wales Interactive that is. They’ve made it their mission to put Wales on the video game map. They’re succeeding too: not only do the company develop some kick-ass bilingual games – such as survival-horror game Master Reboot – but the team have received a slew of awards and accolades, including the South Wales Business of the Year in 2014 and 2016, and a prestigious BAFTA Cymru Award. Their 2016 first-person adventure game, the thrilling Soul Axiom, is also well-worth a play for any fans of exploration and head-scratching puzzles. The guys are always hard at work on new projects, and you can check out the latest Wales Interactive news on their site.

What about outside software? Are there any Welsh representatives in the popular gaming media? I’ve got two words for you: Marcus Beer. Marcus (AKA Annoyed Gamer) is among the most controversial and insightful gaming presences out there. He’s known to be brutally truthful, rambunctious and highly opinionated; he often talks about hot topics in the gaming industry in a down-to-earth and direct manner. He’s somewhat polarising, as clearly visible on his Twitter page, and he was even involved in a Twitter spat with Phil Fish (creator of Fez) – a spat that arguably contributed to the cancellation of Fez 2. There’s also IGN’s Gav Murphy, whose confident bravado and entertaining podcasting (and video content) have certainly left a Welsh imprint on the games – and film – journalism sphere.  Both Gav and Marcus love integrating a little Welsh flair into their content and videos too –  often commenting about the rugby, pubs and, well, Wales in general. Bonus points: in the video below, Marcus actually answers a question I tweeted to him!

All in all, things are looking up for the representation of Wales in the video game industry. All things Welsh are slowly but surely becoming more and more integrated into the industry, and in novel and diverse ways to boot. It’s looking like this trend won’t buck anytime soon, with gamers of all nations highly resonating with these Welsh and Wales-inspired characters. Now EA, if you could kindly take Cardiff City F.C and Swansea City A.F.C out of the England section on Fifa 19, that’d be blinking lovely.

Check out More representation of Wales and the Welsh in gaming, the add-on article that features further examples of Welsh influences in the games industry. Free DLC – tidy!

18 thoughts on “Representation of Wales and the Welsh in gaming”